The Art of Chad Harbach 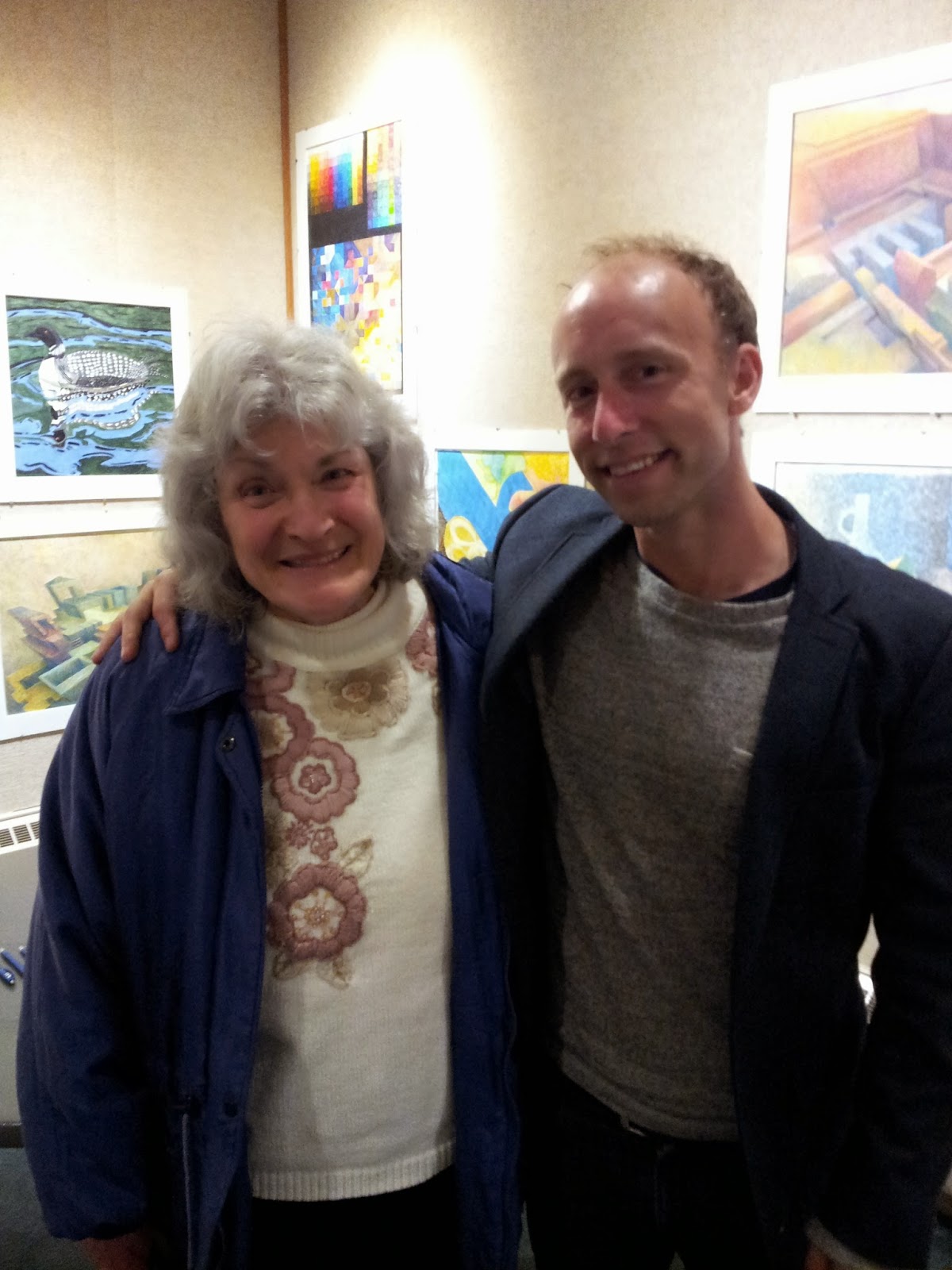 On Tax Day at Lakeland College, the author of The Art of Fielding talked openly about what writing means to him.

Tip: “You become a writer because you need those books that seem delivered by gods.”

He wrote one of them. In many decades of one novel after another, his was the only time I reached page 512, started anew at page one, and read straight through. How did he do it? Well, yes, a ridiculous amount of talent. But also beliefs useful to every novelist.

~ Tradition offers a solid foundation.
His novel harnesses the archetypal to elevate college, winning, losing, and growing up to something much, much more. “What does a [baseball] team do when going off on a quest together?” The team’s star is “coming into consciousness. With The Fall come the complications and pains and joys of being a conscious human.” Mythological structure can support and augment nearly any novel. Are you using it to full advantage?

~ All the major characters matter—and are developed.
Harbach said that his “five central characters carry equal weight…I never felt more interested in Henry than in the other characters.” Do you give each major character enough attention for full complexity?

~ Readers want plot and characterization—not pre-digested themes.
“You’re in dangerous waters if you think a lot about thematics…Explication feels like a sort of defense.” Though his subject was explaining fiction, the observation applies elsewhere. Are your characters and images expressing whatever you want to say?

~ Nothing worthwhile comes cheap.
Harbach’s novel explains why “Writing is hard work”: “It was easy enough to write a sentence, but if you were going to create a work of art, the way Melville had, each sentence needed to fit perfectly with the one that preceded it, and the unwritten one that would follow. And each of those sentences needed to square with the ones on either side, so that three became five and five became seven, seven became nine, and whichever sentence he was writing became the slender fulcrum on which the whole precarious edifice depended. That sentence could contain anything, anything, and so it promised the kind of absolute freedom that, to Affenlight's mind, belonged to the artist and the artist alone. And yet that sentence was also beholden to the book’s very first one, and its last unwritten one, and every sentence in between.” Hmm. Are you working hard enough?

Harbach writes longhand, but you needn’t. Whatever it takes to achieve “a deeper state…surprise—a direction that the really intellectual mind isn’t going to go.”

That’s it. The formula for a book that “doesn’t even seem like it was written by a human being.” He was talking about Moby Dick. I’m talking about The Art of Fielding.
Posted by Laurel Yourke at 10:02 AM