Some poets disdain fiction writers, who, in turn, are too often fazed by a genre that seems distinct and distant.

Tip: As in the natural world, cross-pollination is good: for every writer in every genre. 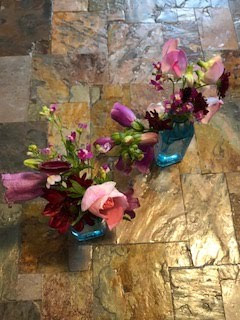 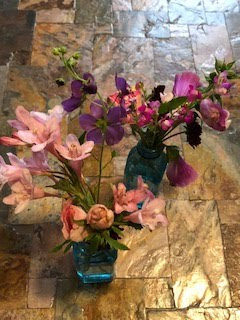 The novelist might say, “Pretty, but not for my readers,” or “Interesting, but not in a novel,” or “I like it, but I couldn’t write that way even if I wanted to.” Couldn’t you? Here’s a prose example:

Staring at the image, Francine looked wistful, and turning away from him, whispered,  “I really like blue vases of small flowers that don’t die sadly. Aren’t they wonderful?”     They were in for it again. Pete could tell. Realizing he had to say something, her husband mumbled, “I guess.”

Lines that sound poetic, but blend smoothly with prose, can enhance tension by setting up a lyrical mood with rhythm and language—then undercutting it with subtextual confrontation.

Or, especially if your voice and reputation are equally strong, you might try a passage something like this:

The candleflame and the image of the candleflame caught in the pierglass twisted and righted when he entered the hall and again when he shut the door. He took off his hat and came slowly forward. The floorboards creaked under his boots. In his black suit he stood in the dark glass where the lilies leaned so palely from their waisted cutglass vase. Along the cold hallway behind him hung the portraits of forebears only dimly known to him all framed in glass and dimly lit above the narrow wainscoting. He looked down at the guttered candlestub. He pressed his thumbprint in the warm wax pooled on the oak veneer. Lastly he looked at the face so caved and drawn among the folds of funeral cloth, the yellowed moustache, the eyelids paper thin. That was not sleeping. That was not sleeping.  — Cormac McCarthy, All the Pretty Horses

Sounds like poetry, doesn’t it?  The intentional rhythm and repetition reinforce each other, further enhanced by strong, visual verbs. The way McCarthy’s protagonist observes and moves intensifies the sensation of shock, delivering the characterizer’s emotion in a way readers experience themselves And it’s the poetry in prose that creates this.

The trick is a happy balance between lyricism and tension, language and momentum. Is this achieved easily? Probably not. Is it worth the effort? You bet.

**** Laurel's new book, Beyond the First Draft, is now available from Amazon or Wyatt-MacKenzie Publishing. ****
Posted by Laurel Yourke at 12:26 PM No comments:

In paintings or photos, balance creates attention and beauty. No single element should overwhelm any other, while those individual components echo, contrast, and complement. Finally, monotony of form, color, or anything else, muddies. Where’s the focal point? 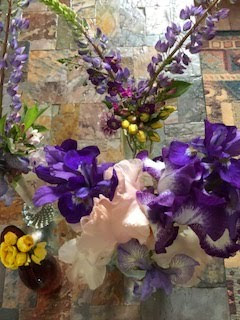 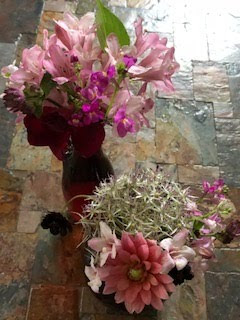 These precepts also pertain to the novel, though, obviously, not in terms of color or shape. The fundamentals of fiction include:

~ No one element should overwhelm the other

Unless sufficient narrative supports the action, you’ve dumped the reader in the stream without a life preserver.      Everything in fiction serves story. So even if this is an informative moment, it mustn’t overwhelm the characters’ journey. Still, too much action resembles a few crumbs of cake slathered with a quarter-can of frosting. In fiction and everything else, too much of a good thing remains—too much.

Fiction immerses readers when the whole’s more than the sum of its parts. The narrative adds irony or clarity to the dialogue. If the stage business simply repeats, such as “‘Get Out!’ Marge shrieked angrily,” you’ve neither contrasted nor complemented.     But, for example, if setting affects the action, or intensifies the dialogue, one element enhances another.      Contrast matters, too. When suspense is high, tease readers with an information break. Conversely, if you’ve just explained at length, appeal with humor, lyricism, or tension.

~ Monotony of form, color, or anything else, muddies.

Some writers treat dialogue like a faucet that stays off or on. Characters don’t say a thing for pages, but then talking floods everything else. A mess in either a novel or a painting.

Whether with fiction, photos, or paintings, audience satisfaction springs from balanced elements that each contribute without any one overpowering.

**** Laurel's new book, Beyond the First Draft, is now available from Amazon or Wyatt-MacKenzie Publishing.
Posted by Laurel Yourke at 11:25 AM No comments: 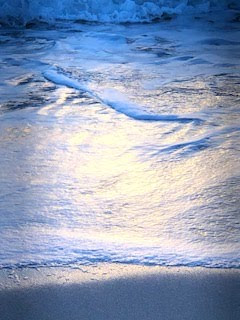 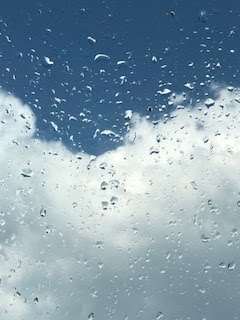 Tip: The optimal level of clarity is less obvious than it seems. Pun intended.
Posted by Laurel Yourke at 10:59 AM No comments: