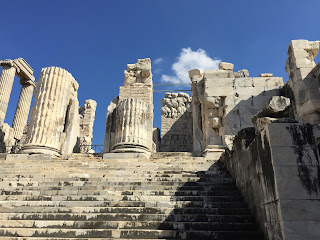 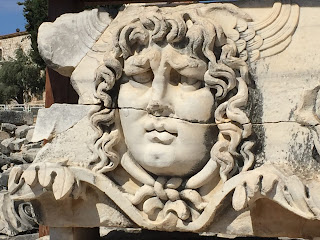 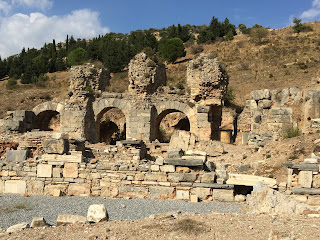 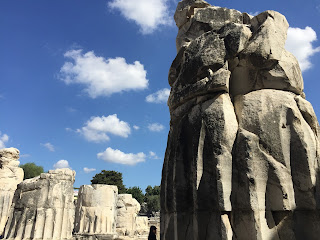 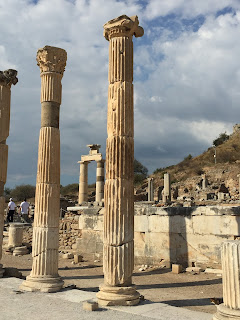 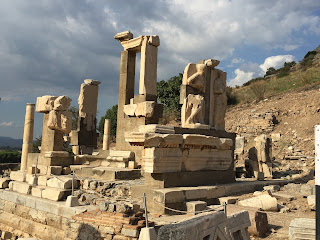 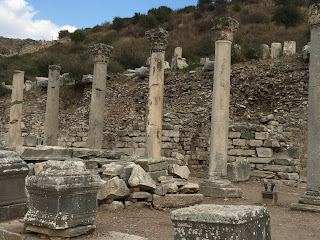 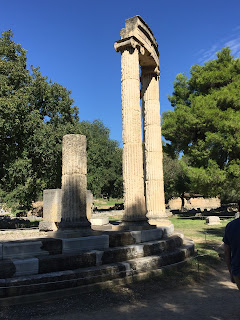 Posted by Laurel Yourke at 7:08 AM No comments:

Here, the only signing is an autograph or credit card. There’s no lawyerly language, and the contract’s easily broken. Readers just donate unread novels to the local library.

Who wants to write an unwanted novel? Or even start one? Fortunately, readers come in as many varieties as writers hoping to reach them. Here’s your part of the contract: the better you identify your potential audience, and the more you satisfy their appetites, then the happier everyone involved will be.

So what’s in this contract?

Get their attention. Don’t wait. What’s the hurry? Keep those library donations in mind.

What happens in the first moments of a book? For William Gibson, author of The Peripheral, a kind of invitation is extended—when  readers will or won’t feel what he calls “the click.” But this transcends connecting with an audience. Gibson adds that “the first sentences invite the writer, too: they contain a blueprint for the book that will be written.” – “The First Sentence Is a Handshake,” by Joe Fassler (The Atlantic)

Mark Twain observed that “A classic is something everybody wants to have read, but no one wants to read.” Why does this make us laugh? Because we may admire Wuthering Heights, but it’s not necessarily what we’re rereading. Gripping novels blend suspense and emotion with depth and insight. One without the other is like all protein or all dessert. Who wants that?

Wait a second. Where are we? If you can’t tell in the first pages if you’re in Venice, California or Italy; whether it’s right now or fifty years ago; and fantasy or satire, you’ll likely replace this ambiguous novel with one you can follow.

If we can’t believe that this could happen, we won’t care. Nor will we care if it’s obvious on page one who will end up with whom, how the sleuth will solve the mystery, or what gives the protagonist that happy ending. As Don Maass has observed, no reader wants an obvious plot device. No reader wants an unearned ending, either.

Characters won’t seem credible unless all their traits fit together as a whole. But unless they occasionally surprise us, they’re neither believable nor fun.

Novels that “tell” everything—even almost everything—suffocate. They’re as much fun as consistent consistency or probable probability. You can do better. Your readers deserve better.

Tip: Use the opening to promise readers what they can’t live without. Then deliver it.
Posted by Laurel Yourke at 11:14 AM No comments:

Beginning to read the next novel isn’t like buying the a house or car. And yet…

A novel is a commitment.  So many novels to choose from, so little time. No one wants to waste it on the book that never deserved to be a bestseller, the dud your formerly favorite author must’ve completed over a weekend, or the unwanted gift of ungainly fiction from your least favorite sister-in-law.  You’d prefer to choose your own books, thank-you-very-much, and your choices depend on avoiding the following mishaps.

She doesn’t want him. He doesn’t want her. But if there’s lots of emphasis on their apathy, you know that they must want each other by the end. Yawn.

Deal Maker: Readers are positive the plot’s headed in a certain direction and—wham—it’s as much a twist as it is credible.

Sam tells Nancy he’s leaving her. But Nancy needs Roger, who’s madly in love with her, to know about Sam’s bittersweet surprise. So the novelist blithely reiterates the conversation to Roger. No. No, no, no!

Deal Maker: Once readers know it, only repeat it if it adds tension.

There’s more than one kind. Unable to break free, she hissed and then she bit him and before long she spit at his eye and she and oh! Please! And that’s more than enough. Or. The boy who is the leader of the student council elected in an unprecedented vote because the preppie got kicked out of school for drugs is known for discarding girls even the prettiest and most popular ones, like Kleenex.

It felt like roving or omniscient, but now suddenly it’s limited to a single character. Or we’ve heard only from Prudence for ninety-six pages, but here’s Roderigo. What’s up? Not enthusiasm for the next page.

Deal Maker: Point of view is always and only in the eye of the reader. If it kinda feels like a violation, then it unquestionably is. What’s “legal” doesn’t apply.

Does the dialogue reveal pertinent information that’s meant to inform the reader and isn’t even vaguely credible? Does the dialogue sound exactly like real life? Are the dialogue passages long and tedious rather than snappy? Do the characters shout exactly what’s troubling them, or do they use subtext?

Tip: If you’re a novelist, you’re a reader. What breaks a deal for you? Your readers feel the same.
Posted by Laurel Yourke at 8:58 AM No comments:

Not for everyone, of course. But pups in particular magnetize many of us the way any body of water summons Labrador retrievers to plunge right in. For fiction readers, too, certain possibilities magnetize. Most prominent of these is name recognition. Until you’re famous yourself, you can’t do much about that one. Not to worry. You can choose among plenty of other magnets.

~ Concept.
The actual definition is simply an idea. But screenwriting has elevated Concept much the way it elevates everything else. The concept is A Big Idea. BIG! Not a skirmish—a world war; not a failed romance—a love or death dilemma, not just intriguing— but ensnaring. Concepts differ across genres. The Concept might involve a new way to think about baseball (Chad Harbach’s The Art of Fielding) or art (Donna Tartt’s The Goldfinch), or genetics (Richard Powers’s The Gold-Bug Variations).  But whatever the genre, the idea must feel BIG.

Whether or not you liked Dan Brown’s The Da Vinci Code, the scenario’s unbeatable. Murder. Secret sects. The Holy Grail. Sex. The Louvre. This doesn’t mean you should ever write something only because it might sell. Who wants a write for the market? After all, by the time you finish your Vampire Trilogy, space might be the new thing. However, if your heart lies with parent/child relationships, it helps to have the integrity that The Memory Keeper’s Daughter offers. Where’s the gold in your own scenario? Seek it, and you’ll strengthen not only your novel’s premise and marketability, but the novel itself.

For whatever reason, many people adore that forbidden underbelly in the venues of tabloid, gangster movie, True Crime, and memoir about victims defeating catastrophe. If you’re willing to plunge into those murky waters, do it. Probe the dark secrets of whatever you’re writing about. The intrigue of nightmare, childhood memory, and buried fantasy resides in those depths. But! Unmitigated darkness reeks of gloom. How to balance it? Irony, wit, humor.

~ Triumph against all odds.

People love heroes. Also underdogs and people who help themselves.  Probably most of all, people love the athlete who wins despite disability; the insecure guy who lands the huge contract, or the singer who emerges from the woodwork to become an international phenomenon. Leave your protagonist room for an arc. But never start with a protagonist arc that’s under the cellar.

Unsexy sex bombards us. Nakedness rather than nudity, crudeness rather than innuendo. What about that flash of Ginger Roger’s ankle beneath her long, twirling chiffon dress? Or Matthew McConaughey’s half-open white shirt? Hints generally seduce better than blatant exposure.

As a last resort, you could always add some sort of puppy. At least for this reader. Works every time.

Tip: Write the book you want to! But if you want readers, magnetize them.

Posted by Laurel Yourke at 1:37 PM No comments: