This relationship is obvious in science fiction, where improbable vehicles ferry readers to improbable places. But all successful fiction—whatever the genre—always transports, and, ideally, in both senses of the term.

Readers choose fiction for the opportunity to travel somewhere new. Even if the setting is one’s hometown, this fictional world feels as tangible as the “real” one, only far more causal, credible, and compelling. Even better? You get there without the misery of heavy traffic, delayed planes, or cramped seating.

But because readers can suspend disbelief, fiction can even more miraculously transport them to the territory within a novel’s covers. And, if the creator of that world commits no gaffes that fling readers back into daily reality, the magic lingers long after the protagonist’s journey ends. Every time you recall the first line of Jane Austen’s Pride and Prejudice (“It is a truth universally acknowledged, that a single man in possession of a good fortune, must be in want of a wife”), or wonder if anyone could really be as good as Harper Lee’s Atticus in To Kill a Mockingbird, then you’ve confirmed that novels enchant even when you’re no longer reading them. 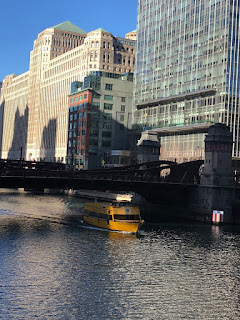 Perhaps that’s easier said than done. So what flings readers out of a fictional world?

Novel readers want to believe in the world they’ve entered. If they didn’t, they’d choose nonfiction. But they can’t ignore the Plaza Hotel standing across the street from Grand Central Station, or female sea horses housing the developing eggs, or “All of it feels badly.” Fiction must be free from mistakes.

Why not leave that to greeting card writers? Fiction must “show” happiness, fear, or anger rather than using abstract generality to label any of these.

Sometimes infants are born on the same day as their grandmothers, and lucky infants have grandmothers who materialize at exactly the right instant. Novels though, ought to avoid the response of “Oh, give me a break,” and accomplish that by setting up and foreshadowing. Fiction pleases most when it links the cause of one event with the subsequent one.

To illustrate, try typing up an actual conversation. If you think that’s painful, imagine reading one. Or a detailed description of how the detective arrived at the crime scene. Who cares? Fiction must suggest rather than replicate.

For many readers, a novel that truly transports brings incomparable joy. Don’t you want to write that book?
Posted by Laurel Yourke at 7:07 AM