Maybe you were booked for Capri and wound up on the Amalfi Coast instead. 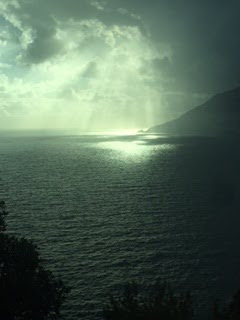 Or perhaps a visit to the Uffizi paintings became a tour of Renaissance Florence. You could fret, weep, or storm. But wouldn’t you rather appreciate what turned out, instead of what you planned? 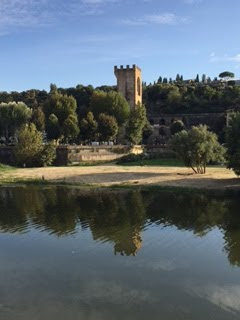 You could be pleasantly surprised. This pertains to fiction, as well.

~ Wrong Turn with Your Characters

Don’t save every minor character you introduced just because they’re now “alive.”

Do seek ways to make three minor characters into one.

Do add unexpected discoveries, which are nearly always the best ones. Did you accidentally discover that your Georgina enjoys Brussel Sprouts or Latin dancing? Who knew that Hector excels at chess, Judo, or solving the Rubric Cube?

~ Wrong Turn with Your Plot

Do dig deeper. There’s no better antidote for nothing happening. Seek innovative solutions to stagnation. This might be another source of tension (as opposed to yet another character), or what Noah Lukeman calls “a ticking clock,” or an archetypal struggle, such as honor versus expediency.

Do think in terms of causality. How does this event or emotion yield? If your protagonist refuses to confront another character about betrayal, what is the result? And, as Don Maass instructs, avoid picking the first possibility that comes to mind. It comes first to everyone else’s mind, too.

~ Wrong Turn with Point of View

Don’t jump on the easiest solution.

Do use physical behavior or setting to convey the character thoughts that go beyond the scope of your chosen perspective. You might look up how Edith Wharton accomplishes this at the beginning of “The House of Mirth.”

Do pursue an alternative direction. What’s another way to communicate what your point of view can’t legitimately capture?

~ Wrong Turn with a Scene’s Opening

Don’t follow Alice into a nightmarish Wonderland just because you started that way.

Do start every scene with a hook. That’s a great way to know where you’re going before you get too far.

Do experiment with variations. How else could this happen? Again, focus on cause and effect.

~ Wrong Turn with an Entire Scene

Don’t feel you should keep it just because you wrote it.

Do look for opportunities to collapse entire scenes into a paragraph or so of summary. When you do that, be concrete and explicit. Character emotions are a terrific way to collapse time, plot, or both.


Tip: Like most things in life, fiction benefits from making lemons into lemonade.