The best cooks know that a recipe is only the start. Unless you check the final blend of flavors, how will you know if that “pinch” of salt is heavy-handed or lightweight? What if the vinegar is less tangy than bitter, or the flavor of the pepper flimsy or fiery?

Great cooking is an art. So is great writing. Every novelist can acquire hundreds of recipes for plot, dialogue, characterization—all the way down to the structure of the sentence. But don’t stop there.

Tip: Recipes are an indispensable starting point, but you still have to adjust the seasoning. 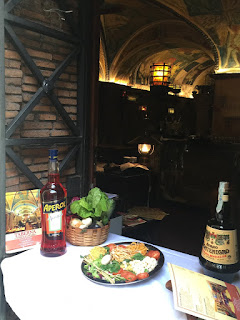 Even the finest, most tried-and-true recipes won’t achieve the following without your personal touch:

Hundreds of plot recipes exist, everything from the Aristotelian arc, to John Truby's 7 Key Steps, to Jack M. Bickham’s Scene and Sequel, to Randy Ingermanson’s Snowflake Method. You can structure plot using templates, sequences, caves, psychological baggage, and pressure or plot points. The terminology differs. But all of these trace the movement from terrible trouble to some sort of climax, usually involving a happy ending, usually produced by the protagonist’s own choices and actions.

You can construct a solid foundation using any one or any combination of these plotting options. In the end, though, a completely credible plot can emerge only from a completely causal one, where every choice inevitably results in the next outcome, right up to the end.

Without that? It all feels at least slightly contrived. It’s not entirely believable, and not at all organic. You’re not done until you apply the taste test.

Consider all those dialogue “rules.” Never go too long without some dialogue breaking up the narrative; gradually build every exchange to a climax; insert speaker attribution or stage business every ____ number of lines, and so on.

But doesn’t every single dialogue exchange differ from every other? You can’t plan in advance when or how long characters will speak. Adhere too closely to any recipe or formula, and your dialogue won’t reflect character struggle authentically.

The best dialogue advice is fairly general. Sol Stein reminds of the need to give each character “a different script.” That will always summon a genuine exchange, as will this advice from Robert McKee:

Learn to judge you dialogue by listening past the words and sensing the harmony or disharmony between cause and effect. Dialogue rings true when a character’s verbal actions resonate with his motivation, when his inner desires and outer tactics seem to complement each other.

Whether Mark Twain’s Tom Sawyer, Jane Austen’s Elizabeth Bennet, or Toni Morrison’s Sula, no single technique evokes emotion in every reader. The further you stray from prescriptive methods that tend to oversimplify, then the happier your readers will be.

For example, Dara Marks is absolutely right that the past controls us. Her title, “The Fatal Flaw - The Most Essential Element for Bringing Characters to Life,” offers an excellent recipe. Yet it’s neither the ultimate one, nor the only route to creating character arc. The observation by Heraclitus that “Character is fate” is another recipe, but again, one among the many, many ways to develop complex character and plot. You’re not done until, like a great chef, you add the personal touch.

Want to cook up a great novel? Read a lot of writing recipes. Familiarize yourself with those suitable to you, and you’ll make the place where you create a comfortable and stimulating hangout.

But not everyone enjoys the same dinner. Or novel. As you put the finishing touches on an offering that’s entirely your own, picture whom you’re serving. That’s the way to perfect the seasoning.
Posted by Laurel Yourke at 8:09 AM