Story depends on suspension of disbelief, which depends on creating a world that ironically boasts greater credibility and vitality than the everyday one. What’s the source of this term? A conversation between William Wordsworth and Samuel Taylor Coleridge about reaching an audience.

Wordsworth focused on the intensity part, suggesting that the writer’s task is

to give the charm of novelty to things of every day . . . the loveliness and the wonders of the world before us; an inexhaustible treasure, but for which, in consequence of the film of familiarity and selfish solicitude we have eyes, yet see not, ears that hear not, and hearts that neither feel nor understand.

Altering reader perception remains as important now as then. Coleridge, though. emphasized the capacity

to transfer from our inward nature a human interest and a semblance of truth sufficient to procure for these shadows of imagination that willing suspension of disbelief for the moment, which constitutes poetic faith. . .

Without believability + electricity, readers won’t linger long. The novelist needs to heighten reality, producing one so acute that readers forget they encounter an imaginary one.

Is getting readers to accept this fictional reality difficult?

The reader picks up a book primed to believe the unbelievable. A reader knows a piece of fiction is fiction. He wants to be entertained by what-ifs and imagine-thats. The writer’s sole task, then, is to keep up his end of the contract, to keep the reader immersed in the reality of unreality. To do nothing to slap the reader into an awareness that what he’s reading is indeed impossible, improbable, and not worth imagining.  — Beth Hill,  “Convincing Readers Your Fiction is Real”

Here’s why. Perhaps an author says there’s an animal resembling a miniature version of another animal. This creature is pale, not very big, and unusual in shape and features. The male gets pregnant and experiences violent contractions to deliver about two thousand offspring through a special stomach pouch. Does this seem a bit unreal? Provide a photograph and there’s no room for doubt. 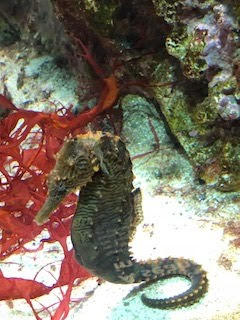 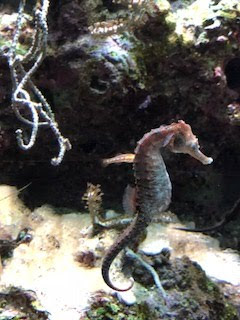 But a fabricated creature is another story—especially when it appears in one. First, the creation of your own mind must be accessible to everyone else. You must convince your audience that the environmental factors of your novel’s world fostered this evolutionary outcome. Finally, this invented creature mustn’t prove too convenient, i.e. coincidentally materializing to produce threat or salvation.

Fiction must prove itself, accomplishing this by changing the angle, nailing the details, designing the characters, and sharpening the causality. That’s why “but it happened that way” is no more strategic than why can’t they picture how “x” looks. Imagery is the writer’s job—not the reader’s.

Rely too much on reality itself (whom you know or what you remember) and you’ll have a harder time convincing readers to accept the reality you create. Instead, put yourself in your reader’s shoes. Is it vivid? Was it set up? What, given these circumstances, could really happen?

Readers want to accept fiction as a variant of truth. Don’t let them down.
Posted by Laurel Yourke at 7:25 AM