Do It with a Prop

This is a true story, and a prop started it all:

A Canadian couple who’ve been living together for several years decides to vacation in Venice. On the iconic Rialto Bridge, they pause before a jewelry shop. Its gold pieces tempt them inside. One of them admires a beautifully crafted plain gold band. She wants it. He agrees that it’s gorgeous and, what-the-heck—buys the other for himself.

Outside, with the gondoliers crooning corny songs as the red-velvet-lined gondolas sway on the mint-green waves, he turns to her. “So I guess this means we’re getting married?”

They’re still married, and—I got to see their rings when this drama professor explained how he urges his students to use props. “What better way to both motivate and make motivation concrete?” Yes, indeed.

Have to explain the prop? You haven’t found the right one yet.

Instead of giving a gardener a trowel or a plumber a snake, choose something credible but unpredictable. Does the gardener make pottery for all those plants? Does the plumber play second base or collect old jazz albums?

The wedding ring works because it unexpectedly happened in a foreign country, albeit an exceedingly romantic one.  If Lucy spies a ring in Modern Bride and invites Herman to admire it, the effect is clichéd, heavy-handed, and not in the least romantic. Surprise us.

According to the Canadian couple, without that window, they might never have married at all, and certainly not right then. The storefront caused action—the kind that drives fiction because one event (stopping before the window) causes the next (wedding bells). Serving coffee won’t necessarily enhance a scene. But staining the white carpet that he never wanted her to buy? That’s something else entirely. 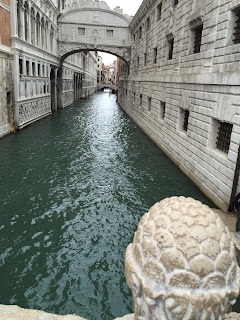 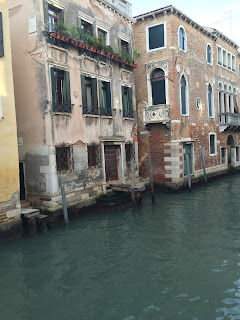 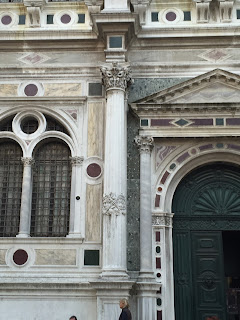 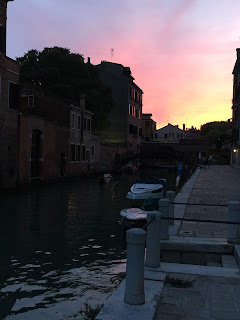 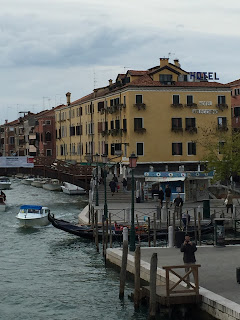 Posted by Laurel Yourke at 7:10 AM